On Thursday last week my daughters and I had an epic start to our day. My oldest is in kindergarten, and she rides the bus to school. I live right off of a traffic circle, but our neighborhood is not usually busy. Often I let my girls run ahead on the sidewalk, but on that day I told them to wait for me for some reason, and I quickly discovered why.

There's a young man in our neighborhood who attends high school. He's a good kid, but he is most definitely not known for his exemplary driving. Thursday morning was no exception.

As my daughters and I approached the edge of the inner traffic circle and prepared to cross the far side of it I saw this young man's truck coming way too fast (and getting ready to cut the circle by going the wrong way) toward us at the same time as I saw a dump truck coming the other way.

I literally grabbed both girls tighter and jerked them back toward the center of the landscaped area of the circle, and we stood less than twenty feet from a head on collision.

Thankfully, no one was hurt, but my heart would not calm. I frantically looked down checking to make sure both my daughters were okay. By the exclamations coming from their mouths I could tell that they were, but I felt far from alright.

I had to walk my children around a crash site just to get my daughter on the bus.

As I walked I found myself holding tighter to their little hands, to the point that my youngest asked me to let go because I was hurting her. I apologized and picked her up, but I wasn't willing to let her go.

Once I got Gemma on the bus I walked back and checked with the two involved in the crash. They were taking pictures of the damage to both vehicles.

As I approached them my first question was if they were okay. They both assured me that the only damage done was to the vehicles, and that they were fine. Upon further questioning I found out they had not already called the police, so I took the liberty of doing that myself.

The teen who had caused the accident was literally shaking once I got off the phone with the police.

"Are you alright? Are you cold? Do you need another jacket? Or would you like to sit in the cab of your truck until the cops arrive?" I asked him.

Of course, she informed him that was a bad word, but he didn't apologize. He just walked away.

When he walked back after I had given my name and number to the other drive in the event that they needed a witness he sharply asked me, "What do you mean you were a witness?"

"I was walking my daughters to the bus stop when you had the accident. You almost hit us, but I pulled them back in time to keep them from getting hurt," I told him.

"Well, the cops and my dad are on their way, so I think you've officially done enough, don't you?" he smarmily replied.

I'm surprised a fly didn't make its way into my mouth with how low my jaw was dropped. After a moment of getting my bearings I opened my mouth with my own rude retort...

"Hey. I know you're upset and scared, but you broke the traffic laws. They are there for a reason, and you should be grateful that you get to learn your lesson without anyone getting hurt and without any casualties, because that could have very easily happened."

Wait! Were did my own snarky retort go!?!

Actually, scratch that... Thank goodness for the Holy Spirit taking the words right out of my mouth and placing a better response upon my lips.

He just looked at me. Stunned.

Then he turned without a word and walked around his crashed truck.

I was fuming. Standing there a waiting for an apology from this kid who nearly killed my children.

He nearly killed my children! All for an extra two seconds in a traffic circle.

And that's when God whispered in my ear, "My Son was killed. Actually murdered. And even though some who are to blame have apologized, many others have not."

I stood there looking after this punk kid who had caused this accident, and I was angry and frustrated and downright mad, and God was telling me to forgive and let go. Even though this teen hadn't asked for the forgiveness, I needed to extend it.

What an incredible morning, right?

But even more amazing: what an incredible God. Am I right?

His own Son was beaten, mocked, scorned, humiliated, and left to die. Murdered really. And even while dying his thoughts were not of himself. He said, "Forgive them, for they know not what they do."

My translation of that on Thursday morning was, "Forgive him. He's just a kid who thinks he invincible and untouchable. I'm still working on him."

My kids are totally okay. They had an exciting story to share with Daddy when he got home, but I had some serious heart work to do with God that day. I had some of my own resentfulness and bitterness to release and lay at the foot of the cross.

Forgiveness is hard. Especially when it is deeply personal. But keep in mind, nothing could be more personal than the murder of child, and God knows exactly how that feels. And He gives the most amazing example for us to follow in it.

So, to the young man who attends high school and lives somewhere in my neighborhood. I forgive you.

And to the God who gave everything to have a relationship with me, forgive me for my stubbornness and pride. 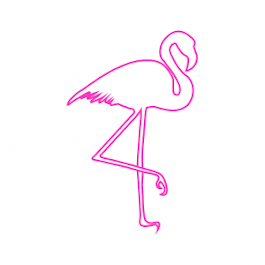